The championship women face Ringwood this Saturday night at 6:30pm at Broadmeadows in a qualifying final, with the winner going straight through to the grand final. This is a rematch of both the 2013 and 2014 grand finals.

Click on the images above for PDF versions of the details.

Both games will be action packed and great basketball to watch, so make sure you get involved in what will be a great weekend of Big V basketball at Broadmeadows.

All the best to our teams in finals over the next three weeks.

We have three weeks of finals:

A reminder that if you are on the scorebench, you are undertaking an important job – please:

Timing rules are the same this week as they have been for all fixtured rounds, that is:

Please respect the job of those on the scorebench and allow them to focus on the game – including refraining from approaching the bench to request the clock be stopped – and refreshing yourself and your team’s supporters of the timing rules (refer to Broadmeadows website).

The BBA are now producing a regular email newsletter … if you wish to receive or contribute to it, please email Alan Davidson.

We have been informed by BBA that they have had technical issues with both their website and the Sporting Pulse application giving different information.

The BBA website has the correct information regarding finals times. Please refer to the website NOT the Sporting Pulse app.

PLEASE ENSURE YOUR TEAM MEMBERS HAVE THE CORRECT INFORMATION REGARDING YOUR GAME TIMES.

BBA sincerely apologises for the inconvenience.

Greenvale’s fixtures can be found by using this link.

Now we’re into the second week of finals, are you looking for that new way of getting around that dominating player on the other team?

Take a look at these hints from Coach Mac at Basketball for Coaches.

And don’t forget the Tigers’ session this week on Tuesday night for a final tune up of your skills.

Finals times are now available on the Broadmeadows website.

All the best to teams on Saturday. 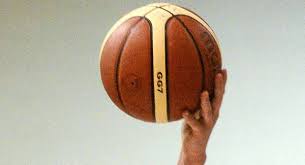 Our finals series starts 15 March. All the best to all our teams representing Greenvale Grizzlies.

Team Managers –
1. Finals qualification data is now available online at Sporting Pulse.
2. From your team fixture, click on your team
3. Go to the team stats tab.
4. Your player list & games played will appear
5. Six games are required be eligible for finals.
6. Please ensure you check your player information is accurate.

NO PLAYERS WILL BE ADDED TO SCORESHEETS ON GAME DAY IN FINALS.
Email any queries to Chris at humecitybroncos@gmail.com

Welcome back to the new year. As you may know, our competition starts again this weekend. Refer to the Greenvale teams page for your match times for Saturday.

Training does resume this week, however please be mindful of the health and safety of our players and abide by our Heat Policy <click here to read>.

Take care out there and good luck for the rest of the season – remembering we have an extra couple of games this time before finals start, to bring the season into line with our school terms.

I would like to take this last opportunity to remind all Coaches and Team Managers of the Greenvale Basketball Club Annual General Meeting which is on this Wednesday 14th August at 7pm at the Greenvale Rec Centre. It would great to see at least one representative from each of our 46 teams there to hear the summary of the past year, and support the election of our new Committee.

Strong participation in Week 1 of the Finals has already seen 17 x GBC teams go through to Grand Finals. Congratulations to those teams, and commiserations to the teams that have finished their finals campaign for the Winter 2013 season.

For the 3 x GBC Under 8 teams playing their last scheduled game this week. Upon the completion of the games, can all players, team officials, family members and supporters please proceed to the Members Bar Area under the Main Stadium seating for formal presentations.

To the 24 x GBC teams participating in week 2 of finals games this Saturday, best of luck. Please refer below for details surrounding this week’s Finals fixturing.

Click on the image below for a printable pdf version

Firstly, I would just like to take this opportunity for Coaches and Team Managers to remind all families that the Greenvale Basketball Club AGM in on next Wednesday evening, 7pm on the 14th August at the Greenvale Rec Centre. Our club is in a very healthy state, and we’ve already had nominations to fill all constitutional positions. I would like to see at least 1 representation from each of our 46 teams there to support and recognise those members that do volunteer their time to keep our great club running. This meeting is a very important event on our calendar, and it’s the ideal time to show your support, hear a summary of our past year and see the new Committee elected.

Attached are details surrounding this week’s finals – both the game schedule and player qualifications. This is only applicable to U10 ~ U19. U08’s will just play an extra 2 weeks of fixtured games.

Regarding player eligibility for finals, we had several players miss qualification and as a consequence, CAN NOT play in the Finals series. Whilst this is somewhat of a painful experience for the child affected, these rules are in place for a reason. To qualify, the rules are quite simple:

Failure to comply with all 4 of these regulations will exclude a player from participating in finals.

Given the rules regarding player eligibility is understood, I must reiterate for those that didn’t already know, finals score sheets are manually marked up with the names of ONLY qualified players. These names should not be altered in any way or added to. Last season, after the first round of Finals the results of three GBC teams were affected due to one of the participating teams adding players to the team sheet. The offending teams were ALL disqualified. Of those, two results were in our favour, and one was against. So I remind you all – DO NOT ADD PLAYERS TO FINALS SCORE SHEETS.  If you realise an omission that you were not aware of, contact me or your respective registrar immediately but under no circumstance is the player involved to take the court without our or BBA’s prior consent.

I’ll take this opportunity to thank all those that made last week’s Registration collection pretty straight forward. Most teams were well organised and we are well progressed towards team submission and finalising for next season. For the stragglers – please get your information and monies in urgently!!!

Aside from all that, good luck to those teams competing in finals this week. Of the 81 games scheduled this weekend, Greenvale is participating in 37.